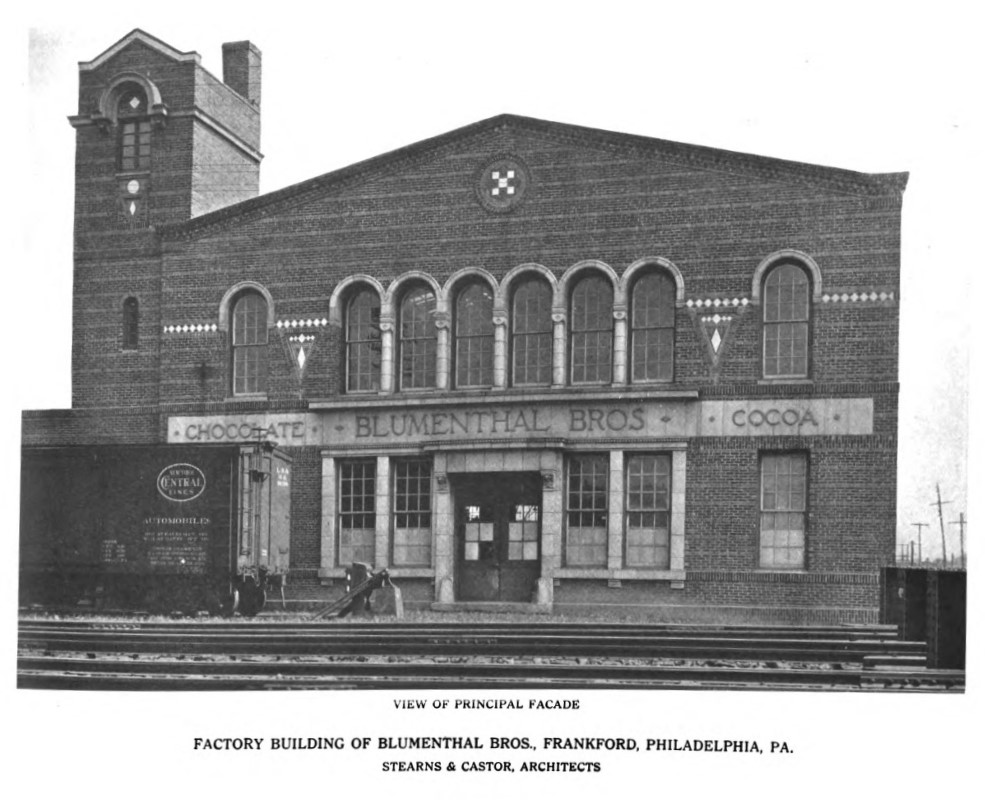 On a timeline the above photo is of a structure built 1916. The Principal Facade as seen with NY Central boxcar on the left is on a railway feed to the main line. This facade was for the train travelers to see on their way from Philly to New York, "eye catching", as attractive advertising I would think for this new chocolate factory. Since this entrance it is on a feeder line, on line with the railroad which is one level up from the street to the right of this photo. In other photo rear of building is three stories high and not two.

Business was probably good with WWI and U.S. entry into war in 1917. Photo below is of construction in 1918. Shows rear of building above  which also faces James Street. 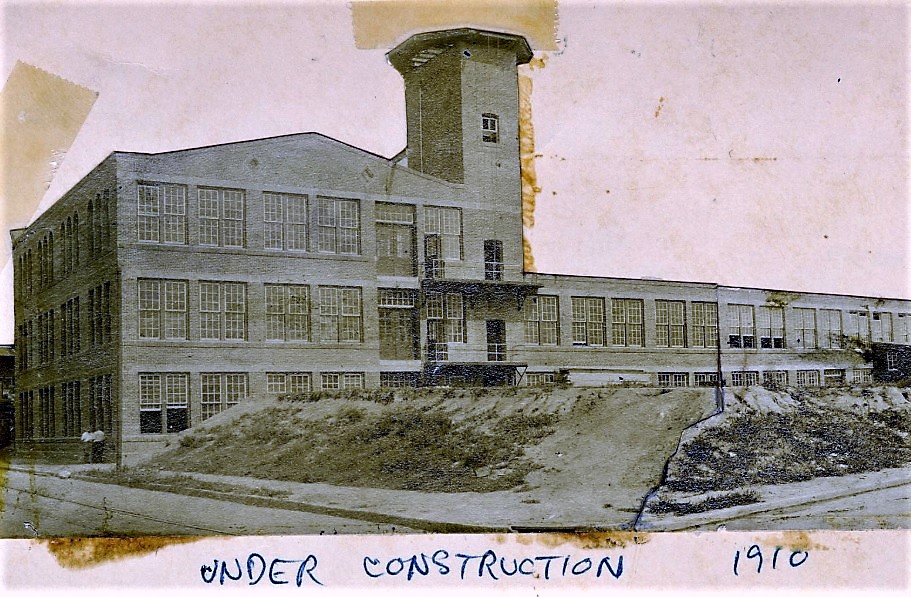 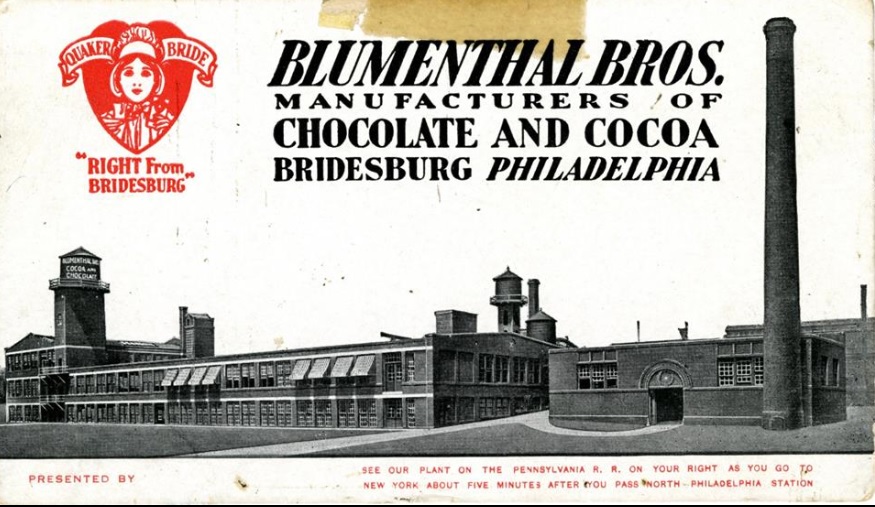 A lawn in space between factory and James Street. Very smart and suburban.

The photo above matches the Sanborn Insurance Map of 1920 and of note the original building at far left is now just a wing of a larger factory and storage and power plant buildings etc. 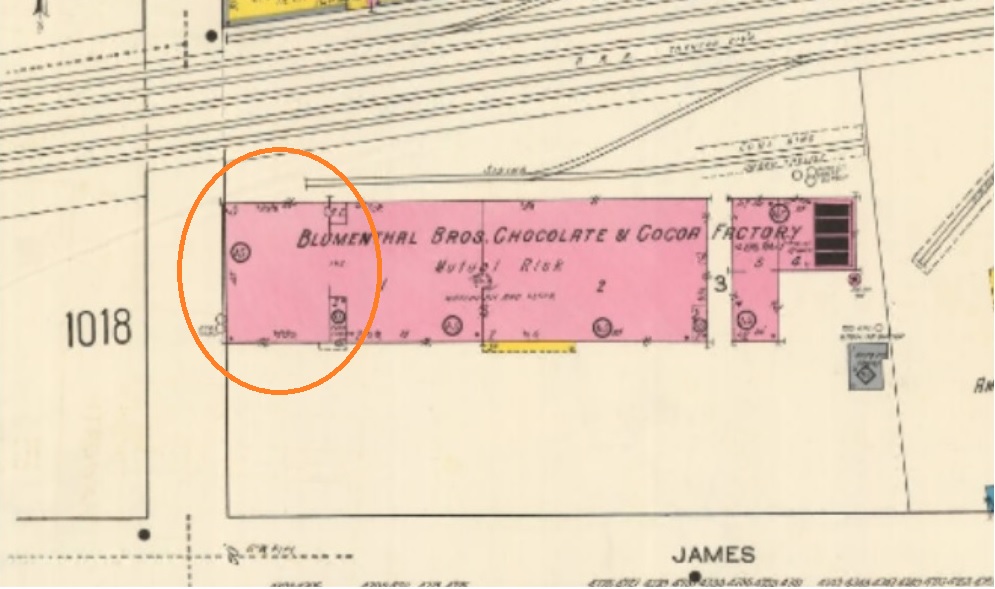 And business must have been very good because the lawn in front becomes another addition to the factory complex in a 1924 photo of that addition by the Ballinger Company. 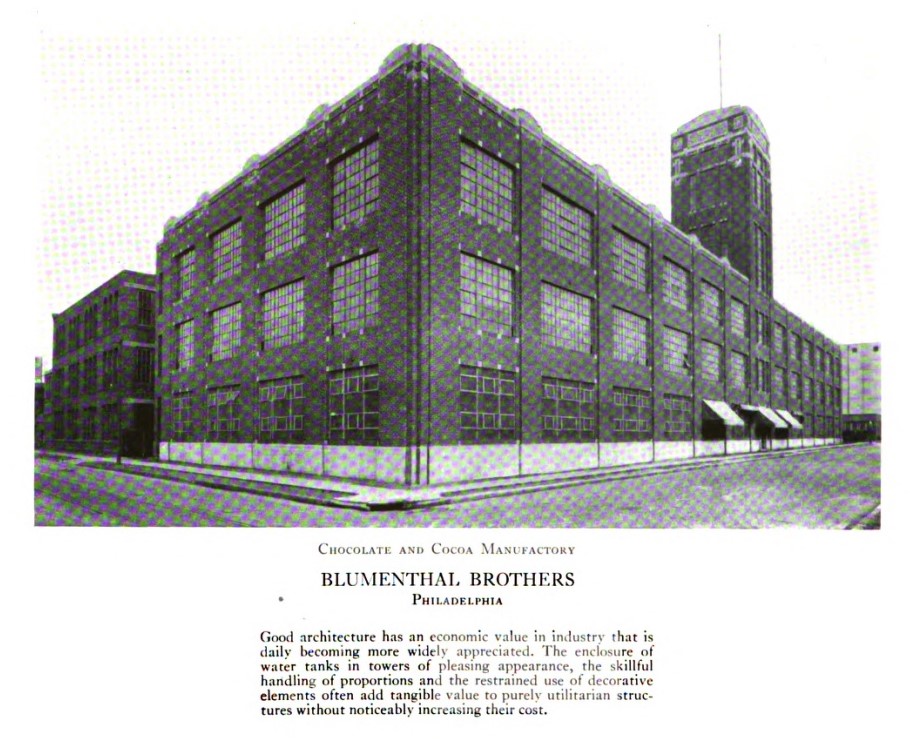 Somewhere along the timeline, the back end of factory facing railway and original factory appear to have been torn down. What is standing now is basically the 1924 addition.

Thanks to John Rowe and Jay Farrell, whose research I have used to pull this article together along with my own research.

Bolivar the Elephant - from Philly

Bolivar the Elephant - from Philly